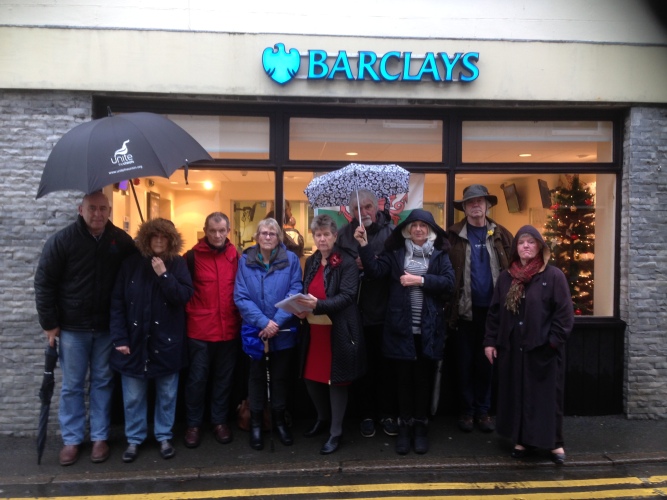 Weeks after the Natwest bank closed,  and following a strong campaign led by local residents, Cllr Gwyn John and Jane Hutt AM, Barclays has announced that it also plans to close its Llantwit Major branch.

” I am dismayed by the message on Friday about the proposed closure of the Barclays Bank  Llantwit Branch,  which would be devastating for the town of Llantwit Major and surrounding areas.

I have already had messages of anger, astonishment and deep concern about this news,  following the recent closure of the Natwest branch,  and I will be raising this with the Secretary of State, and responding to the so called Impact Assessment to demonstrate clearly why this closure must not go ahead.

I am meeting Bank chiefs, alongside Councillor Gwyn John,  on Monday 14th December,  and will be organising a special surgery on Friday 8th January in Llantwit between 4-6pm to discuss the campaign against closure. All are welcome to attend.

The UK Government must step up to protect communities like Llantwit Major from these banks closures – they have the power to do so and must act!”