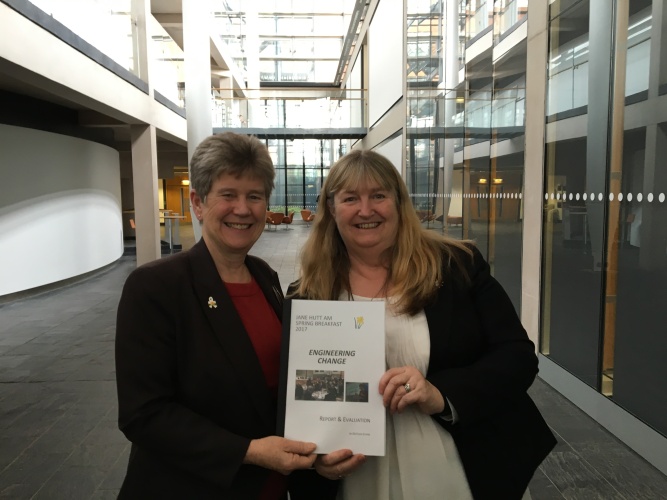 Following Jane Hutt’s 2017 annual Spring Breakfast event, a report  was produced and presented to Welsh Government Skills and Science Minister Julie James AM, who spoke at the event. The report was well timed to coincide with the official handover of the St Athan site to iconic British car maker Aston Martin on April 6th.

Jane said: ‘The Breakfast was a great success. Several schools and businesses have established new links and some have meetings and visits already in the diary. One of the comments in the feedback said that the Breakfast had helped build bridges between educators and employers.

‘It was noticeable that companies said yes to the invitation almost immediately. They recognise how important it is that we encourage and nurture our young people – particularly young people in our local schools – to consider STEM subjects.’