A Brexit Deal is ‘No Option’ for Aston Martin and Wales 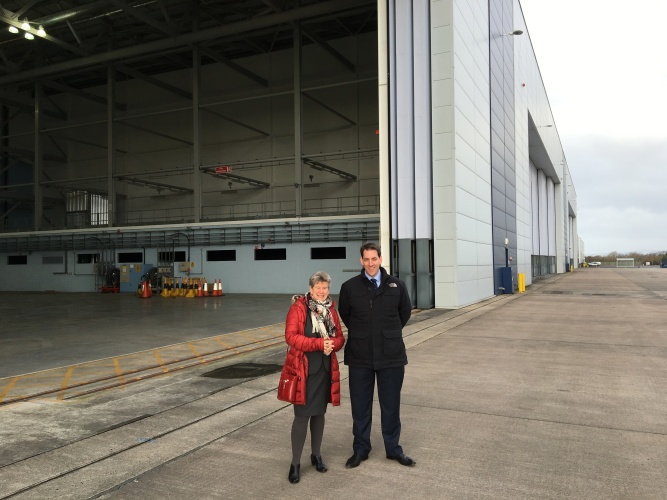 Jane Hutt AM reacted strongly to the warning from Aston Martin that they could stop manufacturing cars in Britain if the UK Government Brexit negotiations end up with a ‘no deal’.

‘ I recently visited Aston Martin in St. Athan to view progress in turning the super hangar into a first class production plant for the 750 highly skilled jobs coming to the Vale of Glamorgan with £60 million worth of contracts benefiting Wales.

The UK Government must heed the words of British businesses like Aston Martin who are making it quite clear that a Brexit ‘no deal’ is not an option and could threaten this company which is now investing in Wales.

I call on the Secretary of State David Davis MP, to meet Aston Martin and listen to their concerns and commit himself to getting the best deal for businesses in Wales and the UK.’