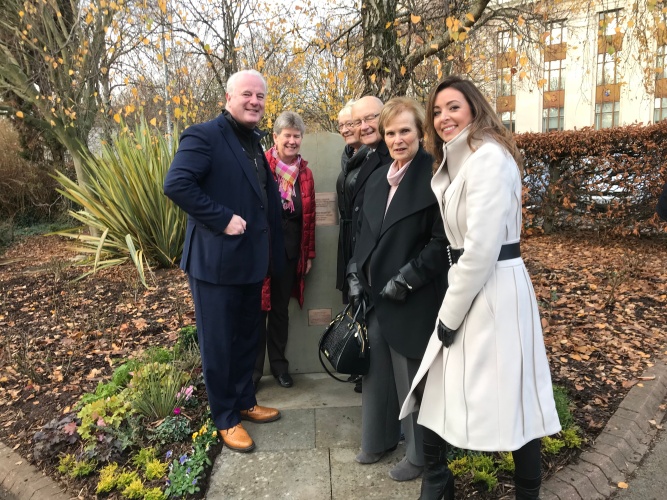 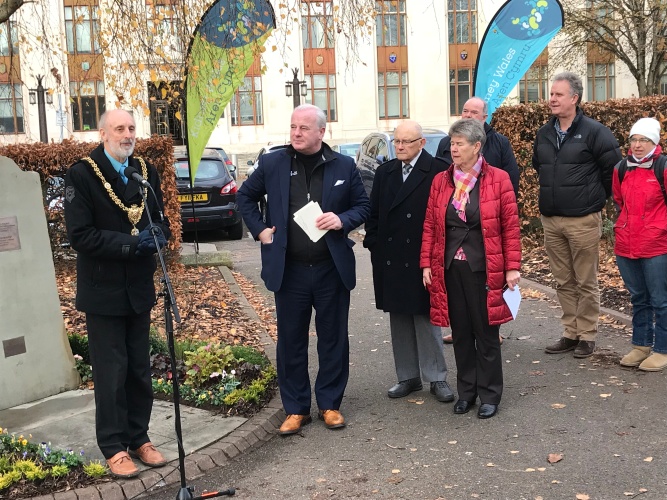 Ten years ago, the Kidney Wales Gift of Life Stone in Cathays Park, Cardiff, was unveiled, in memory of loved ones who donaDeemed conseted their organs and tissues to save others. Vale of Glamorgan AM Jane Hutt took part in the re-dedication of the Stone on the ten year anniversary.

The Stone – the first memorial of its kind in the UK – was re-dedicated the day before the second anniversary of Wales becoming the first country in the UK to introduce an ‘opt out’ system for organ donation.

Jane was joined by Barry donor families Colin and Bet Burgess and Gaynor Taylor,  who were key in setting up the Stone. Gaynor Taylor on behalf of her son Richard,  whose memory is forever in our minds at the Knap Skate Park, and Colin, whose daughter Louise died from a brain haemorrhage, came up with the inscription on the stone: They cared for those they helped, and those they helped remember.

Jane said: ‘It is a huge privilege to be at the re-dedication and to know that some of us here played a part in moving things forward with the Human Transplantation Act in Wales,  that brought in deemed consent. Colin and Gaynor played an important part in that.

‘We know we still have more work to do in Wales,  in getting families to talk to their loved ones about organ donation. Even though we have deemed consent here in Wales, we still have hearts and minds to change. It is the gift of life.

‘All of us played a different part in changing hearts and minds. But our thanks must go to those that gave the gift of life in the most heart rendering of circumstances.  We will remember them, not every 10 years but every day.